Upon first glance, Q.U.B.E. looks like a Portal clone. It offers interesting puzzle solving in a 3D space. In a market where carbon-copies are so frowned upon, it is surprising to find a game that offers mechanics that enhance the puzzle-solving experience. 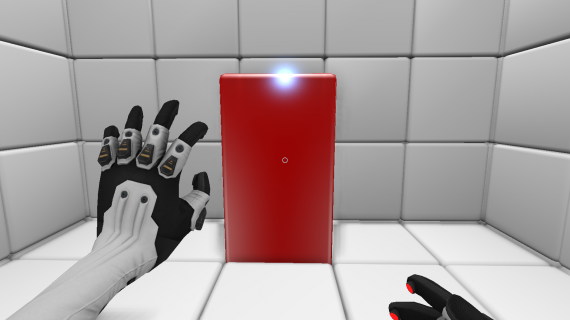 Like many puzzle games, the story in Q.U.B.E. is bare minimum. The game drops the player off in a strange facility that moves and changes with every successful chamber completed. There is no GLaDOS-esque narrator hovering above you, nor any other characters in the game besides yourself. The most “acting” you will witness involves your character making obligatory hand gestures to signify a change in gameplay. There isn’t much to attach yourself to, and you definitely won’t find yourself sitting on the edge of your seat to see what happens next. Most people will be playing Q.U.B.E. for the puzzles, and the game shines in that aspect.

In the beginning of the game, you are introduced to the basic blocks. All are labeled with different colors and operate completely differently. For example, red blocks extend from walls to create a stepping stone or push other green blocks or balls in the desired direction. Blue cubes can be used as trampolines, offering more vertical puzzles and physics experimentation. Soon after the initial “tutorial” puzzles, the game will crank up the difficulty. This is where Q.U.B.E. really shines and requires a keen eye for order of operations. Completing the puzzles is satisfying, and seeing a full set of puzzles completed really gives you warm fuzzies inside. 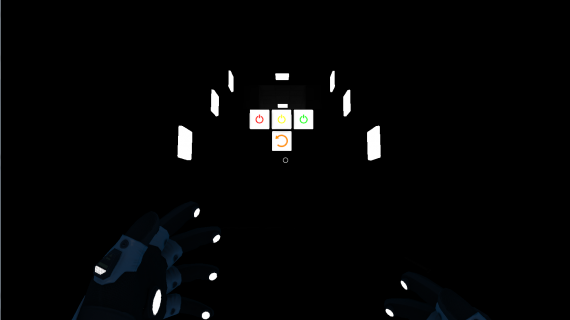 While the puzzles are clever and unique, there are several complaints to be had throughout the game. Frustration can set in when Q.U.B.E. relies on physics to complete puzzles. On multiple occasions, I found myself restarting a puzzle completely to keep a cube from glitching inside of another block or just not reacting at all. Although I wouldn’t consider this game-breaking, it sure is annoying when you are six or seven steps into a puzzle and have to restart to get something to react the way it is intended.

Audio and visuals aren’t bad, but really nothing to write home about. The sound effects get the job done and give a solid response to the player telling them a cube has been activated. Ambient music is nice, but I found myself turning that off completely and listening to my own music library instead. As far as graphics and aesthetics go, the game looks quite sterile. While the visual style changes slightly as you progress through the game, it still lacks a certain personality. One redeeming factor from the distinct lack of detail is the moving environment. Between “chambers,” the hallways and corridors will sometimes morph and shift under your feet. You stumble upon a couple moments of eye candy that I wish would have been implemented throughout the whole game. 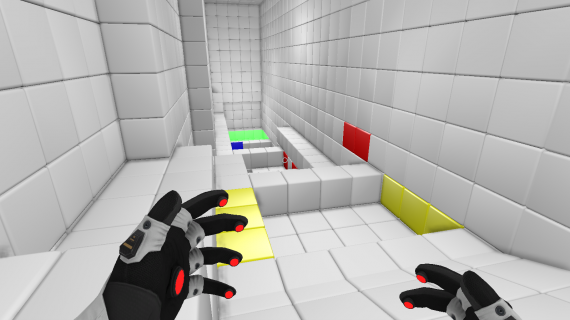 It’s hard to say that this game will have a lasting effect on me, but the time I spent on the puzzles was dense. You won’t necessarily be chugging dozens of hours of Q.U.B.E. down your system, but at a price point of $15, you can’t really fault it for not being a time investment. A player willing to set aside the lack of story will find a lot of value in the puzzles themselves.

Overall, Q.U.B.E. is the most memorable puzzle game I’ve played since Portal 2. While it struggles to find identity, it certainly has some high points. The mechanics are interesting, but can occasionally malfunction. If you’re a fan of puzzle games or are just looking for something to fill a few minutes of your time here and there, I would recommend Q.U.B.E. With that being said, I would give Q.U.B.E. a solid 6 Rubik’s Cubes out of 10.