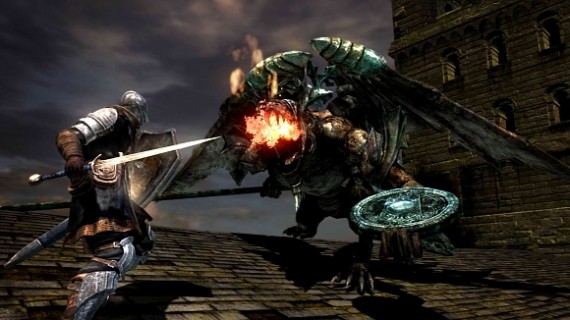 The most bi-polar game release ever to hit the PC continues its ups and downs.

Dark Souls getting released on PC was a triumph of community action. Then it was revealed the game was likely going to use Games for Windows Live. Then it wasn’t certain.

Now, in an interview with Famitsu (in Japanese; English report here from DSOGaming), Namco have said that Dark Souls will be locked at a soul-crushing 30 FPS. In an extremely difficult game, where movement and quick reactions are paramount, this is a dreadful choice. Dropped frames or low FPS could quite literally ruin your day. The game thankfully will support all normal resolutions, but there will most likely be no HD textures or many graphic options.

I said I would buy this game, even with GFWL live holding me back, but at 30 FPS lock, I just don’t know anymore. Hopefully Namco thinks about changing this as it is likely a simple fix.

Can we start a petition for a developer who knows the PC platform?

Ubisoft Repents for Past DRM Sins →