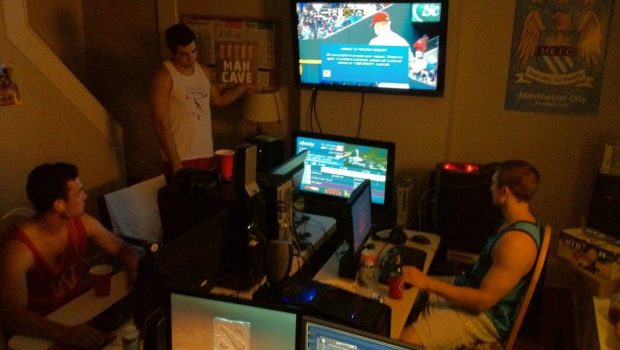 After attending QuakeCon last weekend, I’m still in a LAN state of mind. So this week, we feature new KBMOD forum member oCon001, who shows us the temporary bro cave he and his friends set up for their recent LAN party! Anyone up for a LANcation? I’ll bring the Bawls!

Hey Guys, my name is Matt, and I just wanted to start by saying KBMOD is a great PC gaming site. The weekly podcasts are hilariously entertaining. Keep up the great work.

This Bro Cave submission is a bit different than others, as in it’s more of a LAN Cave submission, but I assure you our hearts are in the right place. This past weekend, my buddies and I held what we like to call a “LANcation,” where we set up our rigs, drink beers, down energy drinks, eat an excessive amount of unhealthy food and snacks, and downright game for all available hours of the weekend. As you can imagine, it is absolutely the best time a gamer can have. We have been gamers our entire lives, and at the beginning of the year, we decided to collaborate and build ourselves new gaming computers 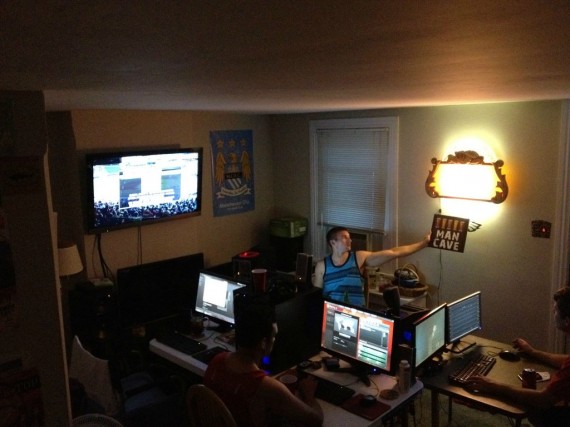 The days of playing Counter-Strike 1.6 CAL-O scrims and Warcraft 3 Frozen Throne 4v4’s (still a top game of all time) are behind us, so we knew the 2012 PC gaming lineup needed to be taken seriously. Since we completed our builds, we schedule our “LANcation” weekends with great anticipation. Our current games lineup revolves around Dota 2, Team Fortress 2, and Blacklight Retribution. We’re also very excited for Planetside 2 because we LANned the shit out of Planetside back in high school. We were on a console-only run for a couple of years, but we are back in action on the PC and very happy about it. 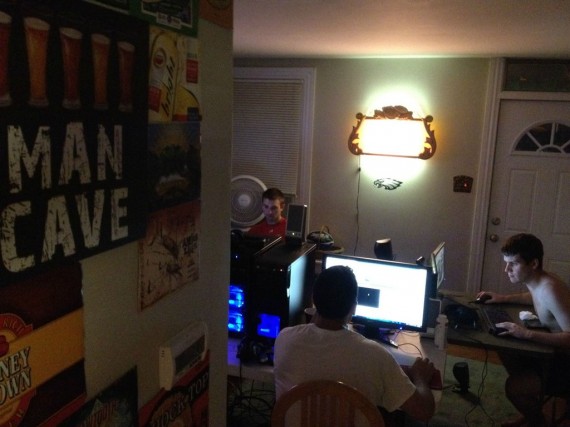