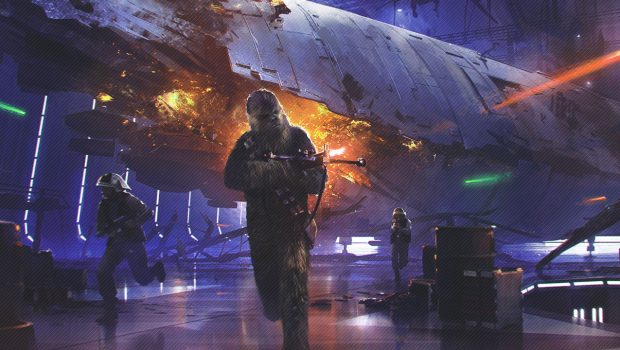 New content is coming to Star Wars Battlefront in the new Death Star Expansion Pack. This new expansion brings in more Star Cards, blasters, two new heroes, and most importantly: a new mode! The new mode is named Battle Station and this mode takes players on a mission that consists of three phases with each phase having its own objective. Battle Station seems to be similar to Battlefield franchise’s Rush mode with the completion of each objective leading to a new phase. The mission announced in the new expansion pack is the destruction of the Death Star!

The first phase will have the Rebel faction flying X-Wings and A-Wings while engaging in combat with the Empire’s TIE fighters and TIE interceptors in space. The objective of this phase is for the Rebels to destroy a certain amount of TIE fighters to allow their Y-Wings to join the fight and weaken the Star Destroyer’s defenses. Rebel starfighters can then move on to attack weak spots to try and bring the Star Destroyer down. Players on the Imperial side will be accompanied by AI ships as they attempt to defend the Star Destroyer from the Rebel onslaught. 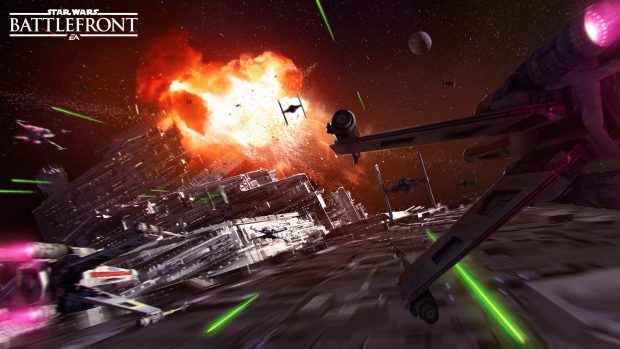 Phase 2 takes place in the space station itself as Rebel infantry is deployed to extract a priority droid from the Death Star. During this phase players from each side will be able to take control of the 2 new heroes Chewbacca and Bossk respectively.

Finally, the last phase has all the players returning to space where the Rebels will have to destroy the Death Star to end the battle. In this phase Luke and Darth Vader will be controllable in their iconic fighters from the trilogy.

The Death Star Expansion Pack will be available in September of this year.