Good morning! It was then that the eagles carried me.

Good morning.  I played some CS:GO last night and a group of 4 eagles descended to carry me through to

Episode 172 is fresh for consumption this week as Dan, BLA, Brandon, Scott and John bring you all the 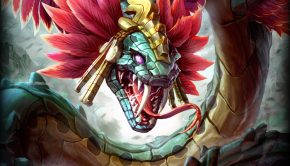 SMITE has now been in full release for almost 6 months and balancing, changing and retooling of old gods continues