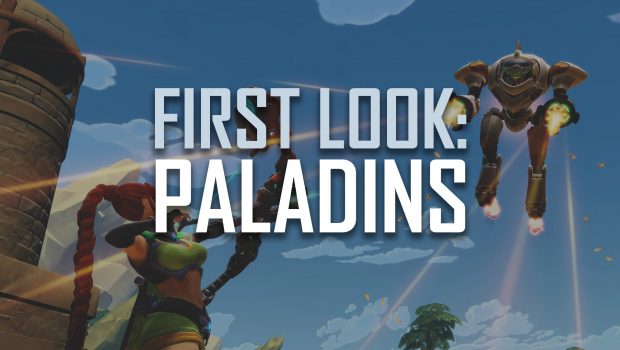 Paladins: Champions of the Realm is an upcoming free-to-play competitive multiplayer game in development by Hi-Rez Studios. Those who enjoyed Team Fortress 2 in the past will feel right at home with the game’s flat, but clean graphics, along with similar team-based objective play. The game is currently in closed beta, which can be unlocked by purchasing the Founder’s Pack here.

The only gamemode currently on the beta is an interesting twist on TF2’s ‘Payload’. Teams of five players must fight to capture one of three different objective points that spawn on the map. Once captured, a siege engine is spawned for your team that will make its way to the enemy base, where it will make vulnerable and attack the enemy gate. Destroying all three gates in the enemy’s base ends the game.

Hi-Rez has also added a couple of mechanics to provide some additional balance. The first two gates within a team’s base have turrets that deal high damage to players. The turrets prioritize nearby siege engines over players, but once the siege engine has been destroyed, players near a still-active gate with turrets will be quickly mowed down. The final gate does not have turrets, to prevent endgame turtling.

In a recent patch, they also added randomized walls that block off entrances to various capture points, forcing players to plan their approach to the point more carefully, as bunching up in a choke-point leaves your team in an extremely vulnerable position and susceptible to area-of-effect attacks.

In addition, siege engines will grow in power the later the match goes. Every engine spawned after the first will have slightly increased health, speed, and damage until players will be struggling to keep up with it, even when using their mount. I love this mechanic coupled with the others above, as it ensures games cannot go on for obscene lengths. Most matches last between 8 and 15 minutes in length. 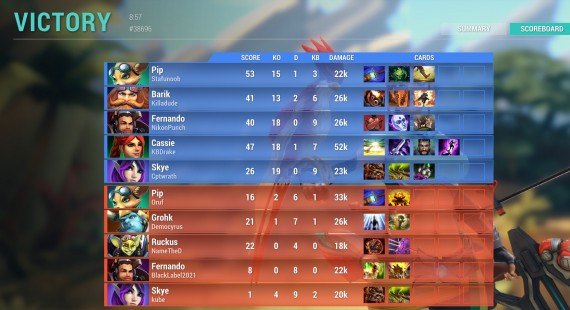 The main game-changing mechanic in Paladins is the cards. Each champion has a deck of cards assigned to them that acts as a progressive perk system as they level up. At each level, you can pick one of three random cards from your deck that gives a flat damage and health increase, along with another miscellaneous effect or power-up. Upon death, these effects go on cooldown. Cards have differing types of rarity, and the higher quality/more potent a card is, the higher cooldown it will have upon death.

Though it hasn’t been flushed out quite yet, other upcoming features will include building custom decks for each champion, in addition to crafting cards, much like Hearthstone’s own card management system.

There are 3 game modes currently displayed in the beta. While only Practice and Casual are playable (against AI’s or other players with random cards), I’m highly looking forward to Constructed where all players will have the ability to use their own tailored decks of cards. 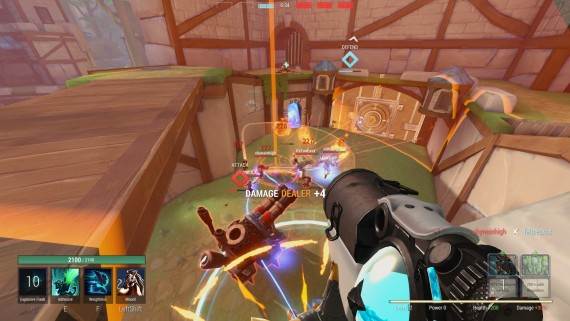 Paladins feels almost complete, lacking only a flushing out of the current content, as well as all of the content yet to come. Of this potential content we can expect all future released champions to be free to play, adhering to the true “F2P” model. Upon reaching levels 4, 7, and 10 respectively in the closed beta, players unlock 3 invite codes (up to 9 available on your account page here) to send to friends via email. Hi-Rez is also hoping to preserve player progress through the beta, barring major changes to the progression system, which is a welcome feature that will certainly give players a reason to keep playing.

You can check out the Paladins beta on the game’s official site. 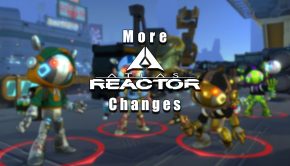 Good morning! It was then that the eagles carried me. →