Modern Warfare 3 is Out. Sort of.

“You will be able to play this game when it is released.”  That was 8 hours ago.

I am sitting here writing this 8 hours after MW3 launched in my region and I still can’t play the copy I ordered through Steam.  This goes ditto for 99% of my friends list.  Orb got a hard copy (and lives in Sweden) and I’m guessing Murph also got a hard copy.  I have 10+ people on my list who ordered it.  Zero have played.

I’d like to thank whoever made this decision at Steam and most likely at Activision for being short-sighted and idiotic.  You trumpet this new and improved version of Modern Warfare for the PC and then large review sites can’t even play.  You even sent PCGamer an Xbox 360 copy.  This means literally no one got a glimpse of the PC version early.  You weren’t even giving out review copies?  Pathetic.  I played CoD4 for hours last night, because you managed not to half ass that, despite your penchant for doing it with every game since.  Treyarch has so far outperformed IW by leaps and bounds, even with the broken release of Black Ops; at least it was actually released.

I have stood behind this game for a while, despite the shady announcements recently.  You made a lot of the right moves and then this happens.  Now, I kind of want my money back. 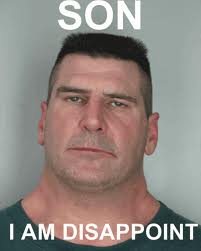 Editor’s note:  I realize some regions have it, but that’s not the point.  At midnight in the US and UK (two very large markets), it was not available.  Either someone screwed up or, as detailed above, Activision and Valve just don’t care.  Official word would be great.

17 Responses to Modern Warfare 3 is Out. Sort of.