Christmas is an interesting time of year for me. I’ve never been a big fan of the music, festivities or naked bungee jumping sessions that typically accompany the season in the Fisher household. Watching your grandmother’s baby feeders snap back at 60 miles an hour is enough to make any man hate Christmas. That said, it is an awesome time of year to get stuff. Nothing expresses “I’m sorry for sexually violating your lawn chair” like a $20 gift card to Applebee’s. My Christmas list this year is short, but well thought out. I believe these 2 gifts could bring joy not only to me, but joy to the world.

How has someone not cashed in on this amazing idea? Everyone loves this iconic Christmas movie so why not make an awesome MMORPG out of it? The beautiful Bedford Falls would be a massive open world where anything is possible. Want to be George Bailey and jump off the bridge like in the movie? Go for it. You’ll just need to make sure your “Suicide Stamina” is fully maxed out before the quest. Want to be the awful Mr. Potter and have sex with hookers in the street? Equip the “Pimp Daddy” suit jacket for 10% more “Female Attention” points and you’re good to go.

Personally, I’d play as George’s guardian angel, Clarence Odbody. With powers like invisibility, time travel, and flight, he’d be the most overpowered badass in the game. I’d spend my time killing off all the main characters in Bedford Falls, dragging their bodies back to my house in heaven and propping them up in compromising positions. Yes, yes, call me sick all you want, but this is my list. I do what I want. Though the game would sport the amazing Frostbite 2.0 engine, the color palette would be entirely black and white – just like the 1946 version of the movie. It’s total bullshit that the film has been reissued in color and my made-up game for the sake of this article will have none of that trash in it. If you’re a game developer and you are reading this…WTF are you doing?! Go make this gem already! 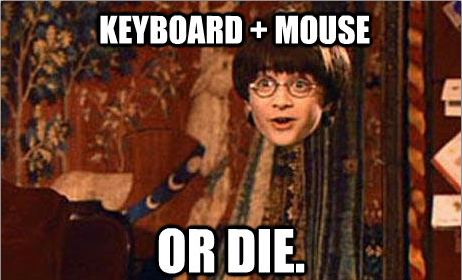 I think it goes without saying that we’d all like to be able to disappear once in a while. For me, this desire is strongest right after I’ve been rejected by a woman at the bar, but that’s not important right now. Think of all the good you could do in the world with this cloak. Think of all the children that could be saved from console gaming. How would I do this, you ask? Let me explain.

Firstly, I’d find an elementary school with a super smart first grade class. The mind of a six-year-old is like a sponge, and getting to this young demographic early is key for preventing console disaster later in life. I’d pull into the parking lot in the KBMOD Minivan (for maximum creepy effectiveness), then don the invisible cloak. After entering the school and finding the first grade classroom, I’d eat the PB&J lunch I’d packed for myself. This really has nothing to do with the overall plan, but I’m hungry and want to relive what it’s like to be young and innocent again. After washing the sandwich down with some nice whole milk, phase two would start.

Alright. I know this scenario sounds a bit harsh, but let’s put it into perspective. These kids just had a life experience they will never forget. I’ve successfully ensured these little ankle grabbers will be PC gamers for life. After all, what option do they have? They now know that death follows disobedience. 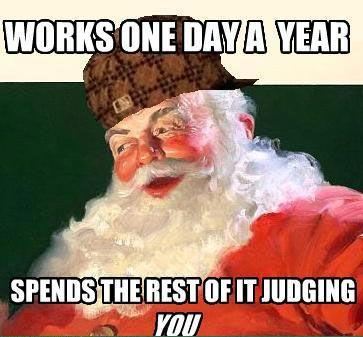 So that’s it. Those are the two things I want most for Christmas. Make it happen, Santa.

Special thanks to @oo7plasma on Twitter for the It’s A Wonderful Life image!

6 Responses to Tech The Halls: Scott

World of Warcraft to get RealID Cross-realm Raids →