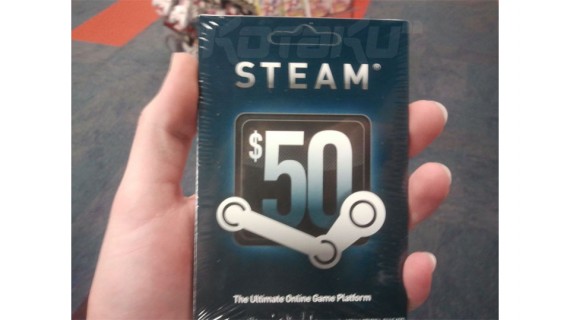 In somewhat unexpected news, Kotaku is reporting that GameStop will begin selling Steam vouchers in its brick-and-mortar retail stores as of next week. Kotaku’s source apparently also gave them some visual evidence to prove it (pictured above).

As Kotaku notes, this decision amounts to nothing less than an admission of failure on the part of GameStop’s own digital distribution service, Impulse. And while this sort of deal between competitors might seem strange at first, it seems like the right move for both parties: Valve benefits by offering increased flexibility for its customers (especially younger gamers who don’t have access to a credit card), while GameStop skims a little money off the top of each voucher sold to create a revenue stream they never would have had before.

And taking GameStop out of the equation for a second, it’s about time Valve finally starts offering Steam gift cards. No longer must you suffer through friends and family members hoping you’ll enjoy a copy of Petz Catz 2 or the latest Sims expansion pack for your birthday–at long last, you can just point them to the card with that familiar Steam logo on the front.

Let’s hope Valve doesn’t stop at only putting these gift cards into GameStop. I wouldn’t be surprised to see them eventually spread to Best Buy, Walmart, Walgreens, and other retailers before long. What do you think about this new development? Are you planning to purchase some Steam gift cards, or does the very sight of a GameStop cause you to turn and run in disgust? Let us know in the comments!