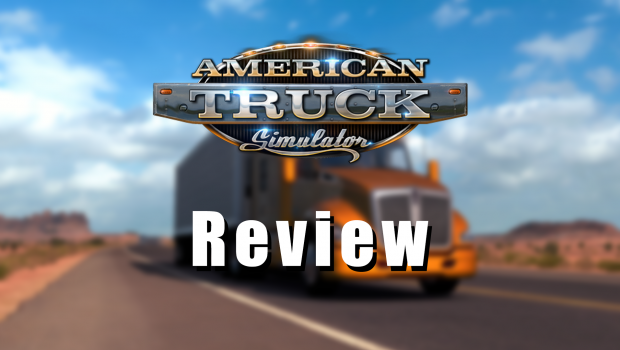 This was it, my last job as a contracted driver until I could purchase a truck of my very own. The job was an overnight haul of explosive materials (which I had a special certification to haul) from Los Angeles to Las Vegas. It was my first trip to Sin City and the longest trip I had undertaken thus far. The route and the lay of the land was a complete mystery to me. Naturally on a late night drive, traffic is slim and it makes way for just myself, the open road, and my thoughts. Sadly, when deep in thought I tend to not pay attention to my surroundings too well and I missed my exit. Then the rain came, panic started setting in. 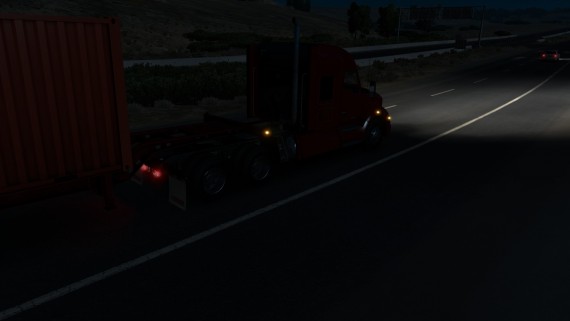 I only had a few hours left before the cargo had to be delivered, a quarter tank of gas, and I couldn’t afford losing money on this job if I had any hope of purchasing my truck and getting my business off the ground. Now, normally, the GPS would correct the route but for some reason it decided to team up with mother nature and work against me. So I scrambled to open my map and find out where the hell I was in correlation to Las Vegas. Thankfully, I wasn’t actually too far off track and I was only slightly north of the city. With a new route planned out and the rain coming down harder than ever I set back out on my journey. Soon enough I saw the lights of the city on the horizon. The end of my journey was in sight! I pulled up to my destination at 6:15am, it was a grocery store and I was hauling explosive materials. I’m not quite sure what type of additives these groceries were pumped with but I do know I wasn’t sticking around to find out. With the money I got paid plus a loan from the bank I was ready to purchase my first truck. 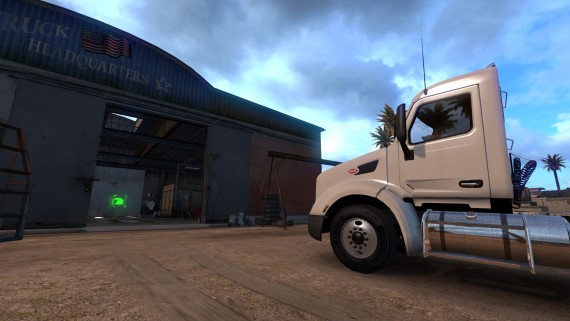 This is what American Truck Simulator is all about. A plethora of mini adventures culminating together into the goal of owning and managing your own trucking business.

As the successor to Euro Truck Simulator 2, fans of the series will feel right at home as soon as they load into the game. For better or worse not much has changed between the two games; other than the obvious side of the road you have to drive on and the areas where you travel. For me I was never able to adjust to this in Euro Truck Sim so I feel a lot more comfortable navigating in American Truck Sim.

The only real new addition to the series are the radio stations available to drivers. When you load up the game there are a numerous amount of internet radio stations streamed into the game available to listen. With all genres of music covered, truckers are sure to find a station that suits their taste. My personal favorite is “108.fm The Office”, it has a lot of those guilty pleasure songs I enjoy singing along to when driving alone. If none of these radio stations have the type of music you enjoy then the option to drop in your own music is available. It’s as easy as dropping in your song files into the music folder tied to your American Truck Simulator files.

Considering that driving is the key feature of the game it is imperative that this is the most polished part of it all. After practicing with both a controller and a keyboard/mouse combo I am pleased to report that the driving aspect does feel very smooth. Controller was more comfortable for myself but it naturally comes down to personal preferences. The weightiness of each rig is apparent while accelerating, especially when you’re forced to stop going up a hill. Be careful though, these trucks can easily flip. Let’s just hypothetically say you fly past your exit but you see a hill that leads up to where you can be… No matter how appealing it looks to turn ATS into an ATV, don’t. The end results will not be pretty for yourself nor the cargo you are carrying. 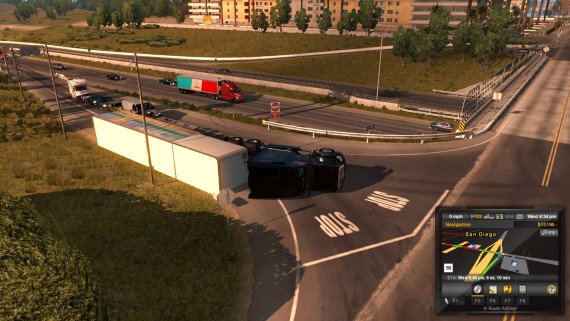 Now, even though the title says American Truck Simulator, sadly players are limited to making deliveries in California and Nevada. I have yet to reach each city myself in game nor in person; however, every place I’ve been on my journeys does seem to capture the essence of the cities. From the bright lights of Las Vegas at night to the terrible traffic we all hear about in Los Angels. From the busy streets of San Francisco to the empty field of Qualcomm Stadium (possible former home of the Chargers) in San Diego, each city does feel like it’s real life counterpart. Hopefully as the life of the game grows on more and more of the country is unlocked and I can write about my adventures of a cross country road trip hauling puppies. 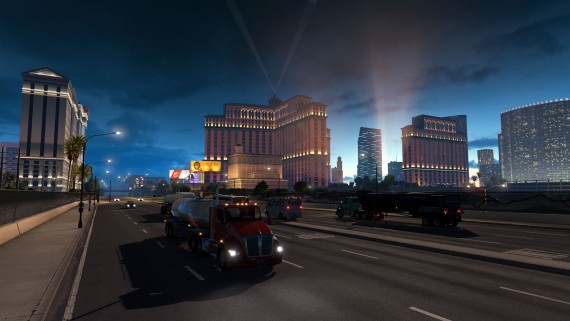 There is a surprising amount of truck customization that comes along with the purchase of your own in game. With different parts becoming available as your driver level increases you can tailor your rig to perform better for the types of trips you prefer to do. The ability to even adjust your seat is amazing, giving drivers a chance to position themselves optimally for their needs is something more driving games should do. With the opportunity to adjust transmission types, brake speeds, and other options in the general menus, the ability to adjust how the trucks handle is easily accessible to players of all types.

Sadly, there are a few glitches that have happened more than once for me. The main being the GPS not auto correcting my route to get me back on track to my destination. While this may seem like a first world problem, I believe the GPS was developed to work at all times. Then again I could be completely wrong and this is a design implemented into the game. I didn’t play that much of Euro Truck Simulator 2 to know if this was an occurrence in that or not. There were also a few rare occasions I would have cars pop in and out of nowhere while driving along the highway. This can prove problematic when you’re cruising at 75mph in a multi-ton vehicle.

Whether you are looking to casually cruise the west coast picking up the odd job here and there or wanting to start a trucking empire, American Truck Simulator has you covered. While it may have some minor flaws that could easily be fixed via patch I still find myself wanting to do just one last job before logging off for the day. I fear, though, that those who have grown tired of Euro Truck Simulator 2 will quickly grow tired of this as well. With future updates unlocking more of the states across the U.S this will be a game that will always be fun to come back to. 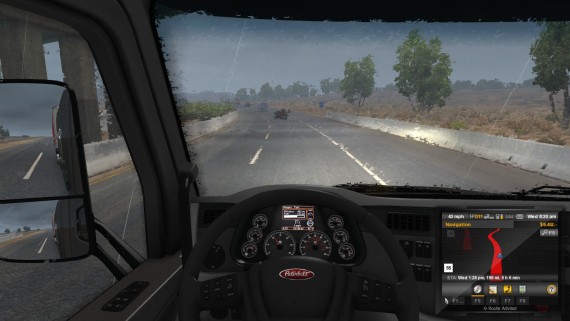 Summary: Fans of the truck simulator series will feel right at home when they load up the game. I just hope more of the same isn't something they'll get bored of quick.