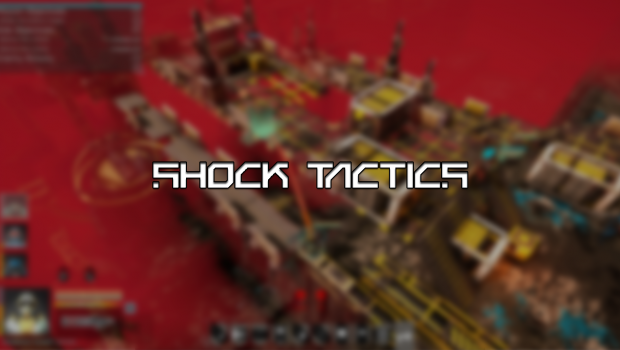 Over the past few years we have seen a significant increase of tactical squad based games. The revival of the XCOM series, Darkest Dungeon, and The Banner Saga are all proof of how successful these games can be… if made properly, that is. Enter Shock Tactics, the latest game to take a stab at this genre. Does it take a stand among those who have proven themselves in this genre or does it struggle harder than I did on my first XCOM Ironman run?

Shock Tactics takes place on the planet of Hephaestus, a newly discovered planet, rich with rare minerals and mysterious alien artifacts. Players take command of “Cap”, leader of the mercenary group hired by the Free Space Pioneers to protect their workers from whatever dangers may arise. Such dangers include the local, hostile alien life, space pirates, and the “dreaded” Imperial Consortium. The first two in general sound pretty dangerous just by their own right, but it was never explained why this Imperial Consortium was so dangerous. The only thing I could imagine is that they were a competing organization that was also exploring this new planet. Whoever they are, they are setup to be the “bad guys”. 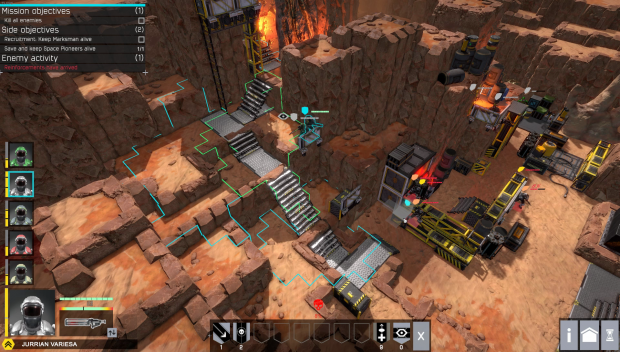 Unfortunately, I didn’t see much of variety between the space pirates and the Imperial Consortium while in combat. The only way I could tell who I was fighting was if I saw the pirate’s logo spray painted throughout the levels. Even the aliens themselves, the one single alien race in the game, were severely underwhelming. They were pretty much exact replicas of the Zerg from StarCraft: crawling aliens that loved to use their claws and spit acid of sorts at your soldiers. Everything I fought just felt uninspired in design, and I never felt a real sense of danger or panic whenever enemy soldiers popped up.

My lack of panic when encountering enemy soldiers also stemmed from the fact that of the enemies seemed to move with any real tactical purpose. In almost every level, there would be random ally NPCs that would be sitting in cover while they are being barraged by fire. The enemies shooting them rarely ever strayed from these actions as my team moved across the map to take them out; they would just sit there shooting at these soldiers in cover as I picked them off one at a time. Even with the enemies that were focusing their fire on my team, it was easy to move up on them. None of the enemies even have a skill called over watch, which allows the soldier  to attack enemy units whenever they move in the open. Meanwhile every single soldier of mine had this skill, and enemy soldiers moved out of cover every turn so it was really easy to abuse this. Since there was no threat against my character movement every turn, I found it extremely easy to push enemies into a corner and surround them with my squad. 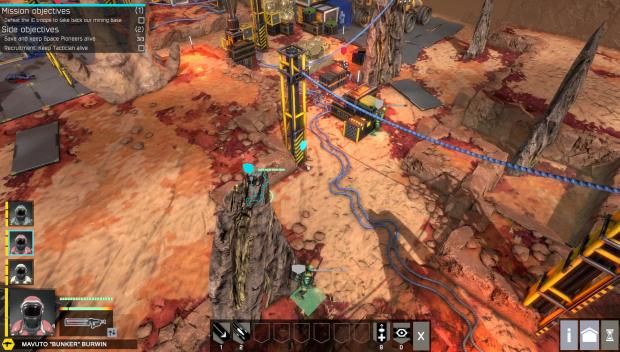 The combat in Shock Tactics showed off some of the most bizarre moments I have seen in a video game, and I don’t mean this in a good way. There were multiple moments where my soldiers would have the high ground on an enemy, while hiding behind a solid mass of rock, and enemies were still able to shoot through the solid mass of objects around my soldiers. Now we all joke about “getting XCOM’ed” when something like this happens in these sorts of games, but this honestly made no sense at all. It just feels like the cover system and the shot percentage values are all out of sorts and it just doesn’t make any sense.

Sadly, the base management aspect of Shock Tactics felt very bland. There was no challenge of organizing my base properly or positioning different parts of the base where I wanted, as everything was already laid out in a predetermined place. I got to choose what I built and when, but nothing seemed to provide a real true tactical advantage over the other. The only building I would deem crucial would be the med bay so soldiers fully heal faster between missions. 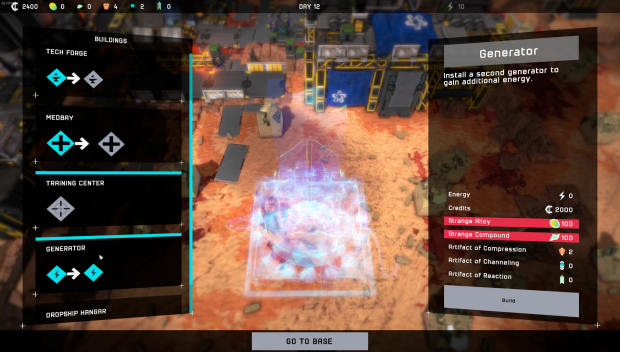 The one redeeming factor was the world exploration they implemented into the game. Exploration takes place with an ATV rolling around the surface of the world. Each space it moves to takes up a day of in game time. After so many days of in game time however, the full fleet of the Imperial Consortium will show up to “bring doom to us all”. While exploring in the ATV, more of the map gets uncovered and different mission points pop up. These missions range in difficulty, but naturally grow tougher the farther out you go from your bases. As you explore farther from the main base other bases have the opportunity to be unlocked once a mission has been completed. However, there is no sort of management with these bases that needs to be done. They are strictly there to serve as a quick travel point for your ATV so it doesn’t have to spend 20 days traveling across the map. 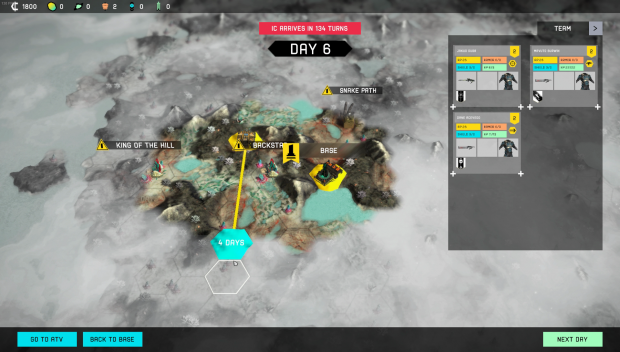 Shock Tactics is a game that takes a lot of great ideas from others in the genre, but fails to execute any of them properly, which poses the question (and I hate bringing up prices in my reviews) is it worth even looking at, even at its budget price of $19.99? The clear answer is no. There are just better options in this genre out there in this price range.

Summary: Shock Tactics takes a lot of great ideas from others in the genre, but fails to execute any of them properly.