Good morning. Coffee just went up in price again at Starbucks (at least at my Starbucks), meaning I need another 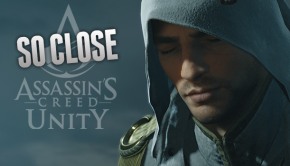 At this point, you’d be hard pressed to find someone who isn’t aware of the plethora of technical issues

Let me start this article by saying that I think Assassin’s Creed III looks phenomenal. I just started playing the

Ubisoft Repents for Past DRM Sins

When it comes to oppressive DRM schemes, we have long considered Ubisoft one of the worst offenders. I’ve even abstained

Assassin’s Creed Revelations going wild with trailers ahead of release

>Featured YouTubes of the Day

> What a great mix of games today. From Valve, to Valve to Valve and more Valve! Also some Assassin’s