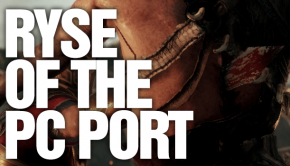 KBMOD’s Port Authority is a rundown of the PC-centric features on games ported to PC.  Hopefully this will help you make

Episode 152 is here with a very special guest: Goldglove!  We start by talking YouTube and Twitch, Hearthstone, DayZ, CS:GO,

Monday. It looms over the weekend like a bad hangover as we all trudge back to work or school. It

You may recall that Crytek announced their intent to move entirely to free-to-play games back in June, and Warface–the self-proclaimed “AAA

Crytek looks to be betting the house on free-to-play before even debuting their first free-to-play title. Warface (shown above) is

>Featured Youtubes of the Day

>O hello! Welcome to the features for today. Tell me kbmod sent you, please sub them if you like them

> Image courtesy www.mycrysis.com We reported on the fact that this patch was coming a few days ago. But now

> Image courtesy www.mycrysis.com Crysis 2 wasn’t exactly Crysis in the way that it treated most systems. The original Crysis