Good morning.We couldn’t even go one week without some negativity in the world of video games.  But, it’s not all bad, right?

Here’s some stuff that’s going on:

What is going on: Microsoft has  muddled their Windows 10 upgrade policy.  Scratch everything I posted yesterday about using the Insider program to upgrade.  I have no idea what’s going on now beyond the basics: if you have Windows 7 or 8, you get Windows 10 free on July 29th.  Just stick with that.

Now you want more money: Project CARS 2 has been announced.  The first one just came out and now they want you to fund a second one!  Seems legit.  Ugh.

No companions: The Division has canceled its plan for a companion app.  Thank goodness.  Maybe they can just all focus on making the game itself really good instead!

Unlimited:  Fallout 4 will not have any framerate or resolution limits on PC.  As it should be. The game will be limited to 1080p/30FPS on console.

Batman sucks:  I mean, this is a really bad port. 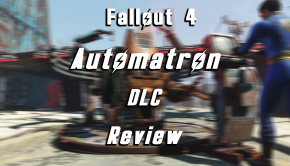