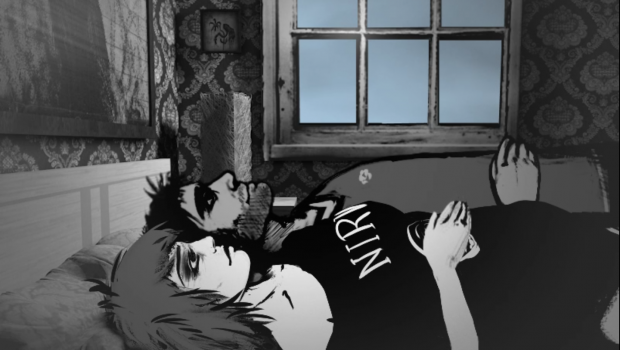 Downfall has one of the worst introductions I have ever played in a video game. My first impressions were focused on the voice acting that (for the most part) lacked thought or emotion. Unless you like to play in windowed mode, the game also can only achieve a maximum 800×600 resolution that stretches the game’s 4:3 ratio to your widescreen monitor, and attempting to Alt-Tab from the game is a nightmare. Story-wise, the tragic backstory that the opening scene was meant to be instead left me laughing hysterically at how ridiculous of a turn it took. The game was not bad, but my hopes weren’t very high for it to get any better. However, while it certainly took its sweet time, Downfall evolved from a throwaway adventure game to a competent and memorable horror experience. 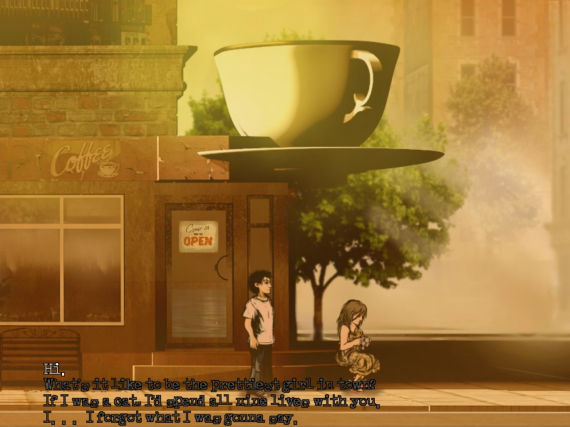 Downfall is from Harvester Games, the same indie team behind 2012’s The Cat Lady. It is a complete remake of the 2009 freeware version of itself. The Downfall from seven years ago is free to download and play, but it also comes with the Downfall 2016 version on Steam if you’re curious about what kind of improvements have been made. The story of Downfall has protagonist Joe Davis on a “romantic getaway” with his wife, but after only their first night at an extremely shady hotel, things start to go terribly wrong. Joe’s wife, Ivy, has been afflicted with something unbeknownst to the player, which turns her into quite the psychotic bitch to deal with. The player can actively try to save or destroy Joe’s marriage based on the decisions they make, but regardless, after Ivy goes missing, it’s up to the player to try and find her.

Downfall is a point and click adventure without all of the pointing and clicking. You can only move in two dimensions, which makes it nearly impossible to miss any notable items. One can call Downfall a puzzle game, however none of the game’s proposed puzzles take any real thought. They mainly boil down to finding a certain item and accomplishing a certain task so that you can get a new item to accomplish the next task; so on and so forth. The only time I was ever “stumped” by the game was when I spent nearly 10 minutes searching through the hotel for the right task to use the item with. That might not seem like a long time, but when you consider how slow your character moves, and that all of your searching and wandering isn’t pieced together by any sort of traditional gameplay, those long walks will start to put you to sleep. There are no enemies to encounter, no weapons to find, no places to hide, and no real threat to your person. It is impossible to lose in Downfall, as there is no real gameplay-oriented challenge presented to you. (The only encounter in the game is a required death) I understand that Downfall isn’t a survival horror game. Expecting any sort of monster or enemy isn’t too common in a point and click adventure, but this absence of a threat hurts Downfall as a horror game, and doesn’t change the fact that I was frequently bored out of my mind. 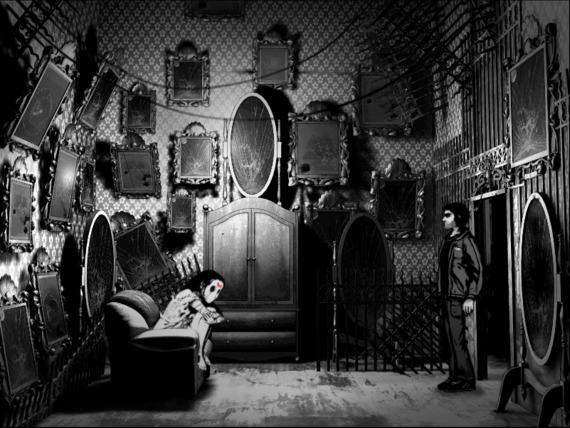 Despite all of these flaws, Downfall has enough redeeming qualities to make the journey worth it. The artwork in the game’s environments and characters has a solid effort put into it, and the sound design is effective if not the most polished thing you’ve ever heard. In the final hour of the game, Downfall takes a massive leap forward in quality and storytelling that you never would have believed it was capable of doing. The game still isn’t on any kind of Silent Hill level, but I’m glad that I toughed it out and finished it. While no fear comes from a threat of dying in the game, there are plenty of f***ed up scenarios and moments, and the game knows how to build a strong atmosphere from its premise. There are multiple different endings to see depending on the choices you make, but I will say that a significant portion of the ending (at least the ending that I got) will most likely fall flat to most players.

Without spoiling too much, Harvester Games really hopes that you played The Cat Lady before playing Downfall. A new character is introduced very close to the ending, and depending on whether you have played The Cat Lady or not, your reaction will either be:

Despite having multiple endings to pursue and countless different choices for the player to make, Downfall has a rough time asserting its replayability. We already discussed the game’s pace and its repetitive structure, and the fact that you can skip through most of the insufferable dialogue certainly doesn’t do Downfall any favors. Thankfully, to counter this, the game incorporates a smart and easy to use save system that lets you make endless save files at almost any time that you can individually name to help you remember where in the game each one is taking you. The four quick-save slots and an auto-save feature go truly overboard in a good way in letting you undo your mistakes. 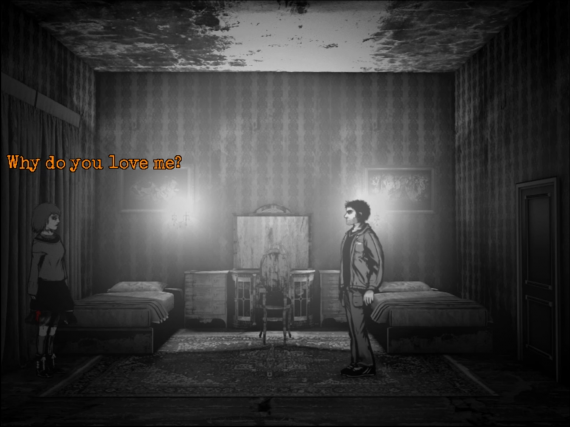 Downfall is a boring and clunky horror adventure with gameplay that feels more like doing chores than solving puzzles. At a price tag of $13.99 on Steam, it is difficult to recommend a non-discounted purchase of Downfall with its laundry list of issues. It may struggle to keep your interest, and it will surely test what you’re willing to put up with in a video game, but for all of the missteps that Downfall takes, it does just enough things right to make the game worth playing.

Summary: A flawed horror adventure that will test your patience, but tells a bizarre story that kept me interested enough to tough out the game's boring slumps. And it was worth it. 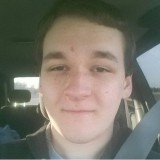