I am back after a few days off the morning post grind. For future posts, there will not be morning

Air date: July 12, 2015 This week we have a bit more intimate cast as John and BLA are off

Good morning. After no post yesterday, I’m back today with some gaming news to brighten your morning. The podcast will

Episode 193 is here for your enjoyment!  Nick Fenton joins us for a guest appearance with Dan, APL, John and

Good morning.  Last night we had some KBMOD business time!  Now you get to have some news time this morning

Good morning! I can’t explain this.

Good morning.  I sent a tweet today with my most listened to albums from the past week.  I have no 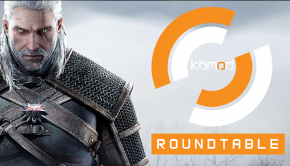 This is the first episode in our new ‘Roundtable’ series, where we take a look at the latest games and

As I did the podcast last night, a question was brought up from a viewer: if you could change one