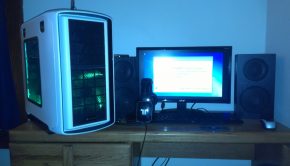 Today’s bro cave comes to us from Jake, a graphic design student whose setup features a beastly gaming machine and a

Our new Survival Kit series examines the stuff we can’t live without on a daily basis, technology-related or otherwise–think Bro

While Scott, Nick, and Alex are off gallivanting in L.A., we punish them by bringing on one of our favorite

Welcome to the fourth episode of the Speed Dating video series, where I spend just 30 minutes playing a game

Ever wondered what it’s really like to be a professional gamer? Soon, you’ll be able to find out how it

Zombie Studios has been doing well for itself lately with its hit free-to-play shooter, Blacklight: Retribution. Blacklight has captured a hardcore

Episode 55 starts off with a rare treat: Scott actually being on time and introducing the podcast! We delve into 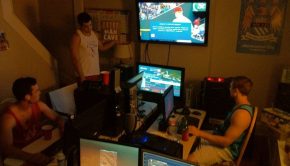 After attending QuakeCon last weekend, I’m still in a LAN state of mind. So this week, we feature new

Valve announced back in June that Counter-Strike: Global Offensive would release on August 21 for the modest price of

So if you listened to Episode 53 of the KBMOD Podcast, you might have heard that Gabe Newell isn’t a