The normal crew gets back together this week for the podcast. In one of the most scattered, chaotic podcasts to

Good morning.  Things can’t get any weirder today, right?  If you missed it, our post has been updated to reflect

Good morning.  After triumphs such as ruining lives in an effort to find the Boston bomber, the internet has somehow

We missed a week but we are back!  BLA, Dan, Brandon, John and Mark are here to bring the podcast 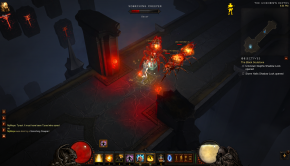 Diablo III nearly won our award for Biggest Letdown game of 2012, being narrowly beaten by Tribes: Ascend.  For all

Time to call off work and school, quit your job, do whatever it takes because Blizzard has finally given us

From the department of “Things We Never Thought We’d Hear” comes this news from Blizzard. Nearly 12 years after Diablo