Guild Wars 2 will be available for pre-order on April 10 with bonuses for reserving your copy early. There are three

Episode 33 is here to make your day just a little brighter! This week, we discuss our unfortunate site downtime,

It’s been a while since our last build guide, hasn’t it? While we frequently field situational hardware selection questions,

Image courtesy www.shipmentoffail.com We’re back online thanks to the work of the Rackspace graveyard shift. Hopefully we’ll be online tomorrow, 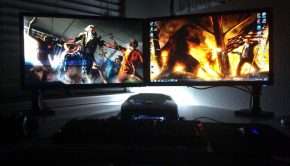 After moving into open beta just a few short weeks ago, Hi-Rez Studios announced today at GDC that Tribes: Ascend

When the developers at Maxis said decisions in SimCity would affect individual sims, it appears they weren’t kidding. The game’s

PC Gamer has a fantastic roundup of questions many XCOM fans have been dying to know the answers to. Want to

We reported last week on the rumored SimCity 5 announcement at GDC. It appears the rumors were true! Maxis have

Another week, another exciting KBMOD Podcast! This week, we offer to throw all our money at any game with sharks

Max Payne 3 is due out for the PC nearly a month after the console version, which has raised eyebrows